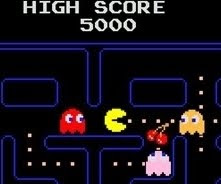 There is quite a scrum over the proposed soda tax. I received a flyer in the mail warning that my favorite beverages could rise in price as much 50% if this bill goes into effect. Seeing as my favorite drink is Hibiscus tea (I’m sipping some as I type) they don’t really know who they are targeting. Many people are against this plan; they believe this is an attack on our freedoms. Looking at the history of cigarette taxing shows that while it does dramatically increase the cost of smoking it has yet to destroy the robust tobacco industry.  The question remains though is this an intrusion into our own personal choice and happiness?

At first glance it appears like this is the government stepping between you and your grocer. Truth is the government is already between you in much the same way. The government uses tax money to subsidies the costs of most types of food production, particularly corn. These subsidies reduce the cost of foods and beverages and allow for the ubiquitous use of high fructose corn syrup in most processed foods. If the question is should the government be between you and your grocer, this aspect of government influence has to be included in the discussion. Another topic of contention is notions like this “It’s my body, if I want to destroy it the government shouldn’t try to stop me.” I actually agree with this idea, you should be free to live and end your life as you choose to as long as only your life is affected. I don’t believe that implementing taxes prevents this. The taxes do however appear to be governmental manipulation. It is this aspect that turns people off. The notion is that government should not manipulate its population. On face value it is hard to argue against this notion. However if this was taken to the logical completion all criminal laws would be similar acts of governmental manipulation. Even still this is treating government influence in a vacuum. It is assuming that the choice is between our desires and government, and the government is “tricking” us into a preferred behavior. This is not truly the case. Any casual glance at children’s programming would reveal a pervasive ad campaign by fast food chains. Advertisers grossly manipulate consumers encouraging customers to purchase more than they need and eat more than they can process. How many times have you read a label that indicates that the product contains 1.5 servings, or read on the label all natural and then could not pronounce a good portion of the ingredients on the label?
That isn’t to say I like the bill. There does not appear to be a definitive allocation for the funds collected by such a tax. This presents the problem of taxes like these being used merely to meet budget short falls. The revenue generated from this legislation should be limited to food programs. The revenue could be poured into school lunch programs improving the nutritional value of nearly 60% of the meals consumed by children of school age. More money could be supplied to WIC improving the quality of food in homes across the state. New programs encouraging local farming efforts could be funded improving the quality and availability of regional fruits and vegetables throughout the year. Tax Credits could be given to food suppliers who provide freshly made nutritional meals lowering the cost of eating for everyone. Lastly funds from this tax could be used to help balance the cost of the treatment of health related illnesses such as diabetes and heart disease.