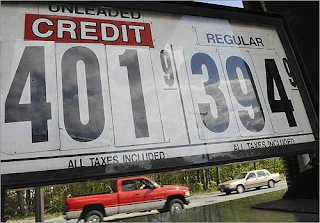 The Huffington post is getting a lot of attention for their coverage of the ongoing lobbying battle royal between the biggest retailers (i.e. Walmart, Home Depot, Target etc.) and the nations top banks. What has these two big corporate interests at odds? Merchant credit and debit card swipe fees. To get a sense of how seriously the corporations are taking this we are talking about a 48 billion dollar industry. Yeah that’s billion. Merchants say after labor these fees are their largest cost of doing business. Many people would argue that the purpose of a financial sector is to facilitate business. Given this revelation and their culpability in the great recession wouldn’t we be better off with out them?
Once again the purpose of banks is to unite people with money looking to invest with people with worthwhile investments. It is becoming increasingly clear that the banks’ singular focus on creating profits for themselves is hurting the economy. Sure in terms of our total GDP 48 billion is but a fraction of our capacity. The problem is this 48 Billion literally serves no purpose in the economy. What I mean by this is that this money extracted from the economy is not used produce anything. Some of this money may trickle back into the economy as investment capital but a great deal of this money goes into the bank and stays there. Now you could say that these fees allow banks to do their job but being as they are so spectacularly bad at their job I find it hard to understand why we trust them near a pile of money.
You might think I’m being too hard on the banking industry. If you’re conservative you might even blame the government because of Fannie Mae and Freddie Mac, for the financial meltdown. If you do I suggest you look at the bank of England, the bank of Ireland, the bank of Ice land, the banks of Spain and so on down the line who are all in terrible financial straights. I’m sorry but blaming Fannie and Freddie two independent, for profit lending institutions for everything that went down in the crises is to oversimplify and largely over look the systemic problems in banking.
Think about it there is an entire for profit industry devoted to the sole purpose of helping you correct errors in your credit history. Meaning the banks are operating with bad information. This information prevents people who should be lent money from getting it and allows people who shouldn’t over extend themselves. As bad as this is for the people who need the loans it is even worse for the investors. The banking industry has gone to Herculean lengths to make it impossible for an investor to know what they are actually investing in and thus a) have no idea how much risk they are taking, and b) can’t determine if they are getting adequately compensated for such risks.
Obviously we are going to need banks here and forever more. It is however, even clearer that the banks we have are not the banks we need. It would cause riots in the street to suggest a nationalization of the banks. In fact it is dubious to think nationalization would even be the wisest long term solution to our problems. What is needed is better banks, banks more focused on building communities. Lending is important to our economy and always will be. Right now the Fed is literally giving out free money to anyone who claims to be a bank in the hopes that it will spur lending. The only thing is they are doing nothing to make sure this new lending is any smarter then the lending that got us into all the trouble in the first place. This could be fixed by setting up rules that ensure the banks are doing their due diligence in assessing their borrowers and are held accountable to their lenders and borrowers a like, instead of say shareholders in the bank. Banks should be allowed to make money but not as a result of their own incompetence.

← Post scripts: 4/28/2011
The Death of a Drug Dealing Sociopath with a Penchant for Killing Innocents to See His Name in Print Because He was Such An Attention Whore (AKA DRDSWAPFKITSTNIPBTASAW or Osama Bin Laden) →