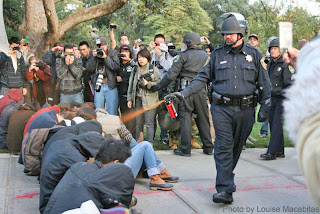 I’ll admit it for the last month I’ve been fanatical about OWS. The reason is basic, it is the first movement I’ve seen in my lifetime that could cause people to talk about real core societal problems. The thing is while I’ve been beating the drum about the importance of OWS, public opinion has started to sour. The media portrays the movement as young, unemployed hippies. The so called “liberal” New York Daily News has been demonizing the protests from its earliest inception. Now that police crackdowns have begun, which has brought on pandemonium, confrontation, and violence people are being reminded of the chaotic periods of the sixties. A time of tremendous social action. A time of uncertainty, a time of violence, and a time where progress on civil liberties and rights. Now at what could be the start of a new period of turmoil in this country people are questioning if OWS is the right kind of movement for our times. People are wondering if the chaos is worth it.

People keep asking what are the goals of the occupy movement. People want to know what are the movements “demands.” For me the message, purpose, goal, and… *sigh* if you want demands are crystallized in their rallying cry “we are the 99%.” You can’t begin to understand the occupy movement until you get this. What occupy wants is for you to identify with them. They want what the Tea party wanted before they were co-opted by corporate lobbyists like freedom works. They want a government that is responsive to people and not corporations. But those are loose and fluid ideas, the people at occupy know they cannot individually speak for everyone so they want a change of the system. Occupy wants us to have our democracy back. 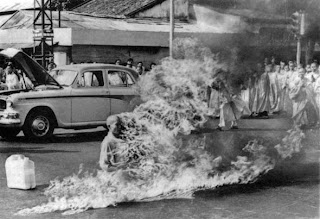 Still there is the question of tactics. Occupy was not a march, it was an encampment. As a result they disrupted the locations they were stationed with noise, smells, filth, and uncertainty. It was always a possibility that the whole thing could go spiralling out of control. For a cash strapped municipality the desire for the protests to end have additional considerations the tremendous expenses in additional city services. After nearly two months patience for the protest has been in short supply. You have the front runner for the GOP presidential nomination saying the occupiers should wash and get a job. My question though is what is the alternative to encampments. This is a real question, many have decried the tactics of occupy citing many of the things I have mentioned and the fact that the protesters are breaking the law. But what pray tell is the “better way.” The effectiveness of civil action is determined by how much people have to reconcile themselves with it. Civil action must be in your face and force you to think about your values: Tienanmen square, the Lunch Counter Protests, the Salt March, the self immolation of a Buddhist monk for each of these protests you can level most of the same critiques as are raised of occupy.

This weekend I heard a reporter ask the question are the occupiers going to vote? Now I believe in voting, but practically speaking why should they? We are in the midst of the GOP presidential primary, there is only one candidate on the GOP ticket who has acknowledge that the occupy movement could have something worthwhile to say–no not Ron Paul he’s more of a 100 1-percenters then a 99-percenter- Buddy Roemer. If you haven’t heard of Buddy Roemer you wouldn’t be alone, despite having served as a congressman and a Governor the media has not considered him a serious enough candidate to grant him the national platform that the debates offer. Couple this with the citizens united ruling which turned the leaky faucet that was political influence via campaign contributions into a broken water-main and the question of what is an individual vote worth if the candidates one would vote on are chosen in an opaque process that they are not involved in.

I sincerely hope the occupy movement continues their civil actions. I hope it finds new ways to gain the support, even though I know it will mean more chaos, uncertainty, and perhaps disorder in the streets. Most importantly I hope occupy realize their strength and support comes from their peacefulness and civility in the face of confrontation. As long as that remains the case I will gleefully be a part of the 99%.