Every once and a while I like to take time out to analyze standard Republican talking points. I like to see if the things that Republicans breathlessly state as dogma do in fact make any sense. Today I want to talk about the wealth pie. Republicans are afraid of the collectivist hellscape brought on by any polices that attempt to redistribute wealth. The argument being that it punishes the successful. Of course if the policy was something out of the Dark Knight Rises then they might have a point, but seeing as no one is calling for rounding up the rich and wealthy, and putting them on trial, Republicans may, as they say, protest too much. Still to their credit Republicans do offer an alternative to wealth redistribution. Their alternative is to “grow the pie.” The idea is simple the problem isn’t that too few people have too large a proportion of the wealth in this country. No no no, the real issue is there just isn’t enough wealth in the country and if we just increase the amount of wealth all this redistribution talk will simple go away. This is what Republicans mean when they say their plan for the middle class is to grow the pie.

How Much Does It Take

The first obvious critique of this theory is it is hard to swallow the notion that this nation doesn’t have enough money. America is still the largest economy on the planet. In order for this theory to be accurate there would need to be some amount of national wealth that would absolve the issues associated with income inequality. The problem is if an economy worth trillions more than most economies combined doesn’t have the juice what economy could? 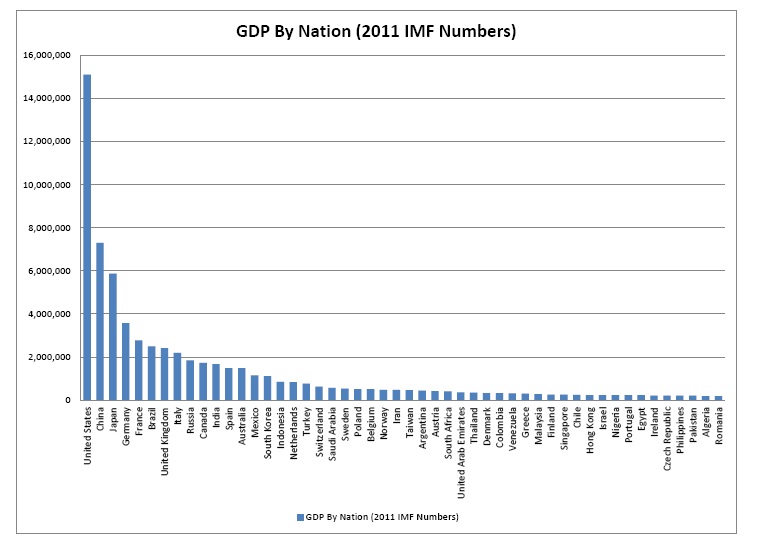 Distribution Is the Problem 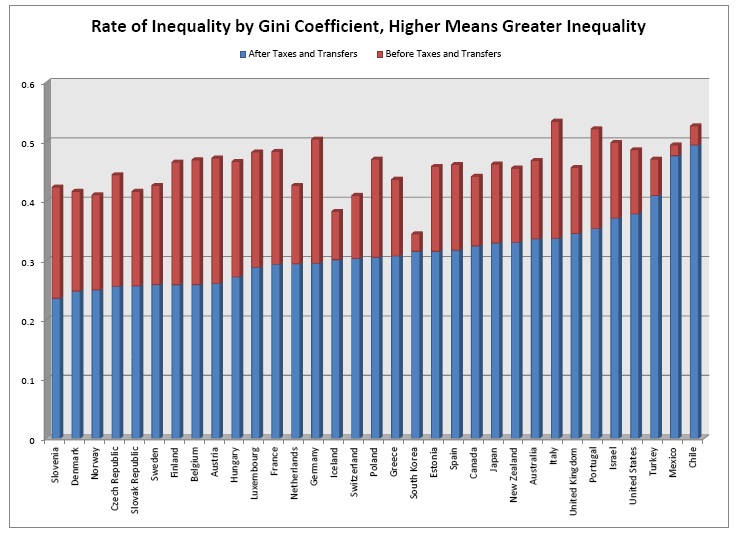 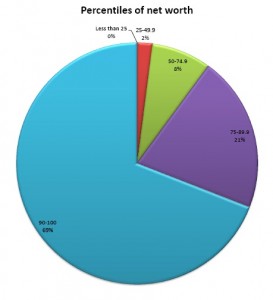 But income and wealth are two different things. Our income inequality needs to be dealt with but our wealth inequality is what has the longest lasting effects on our society and culture.

This is why simply growing the pie is not enough. If we had a society in which there was heavy turnover in the people who were in the top 20% of our society then the increasing amount of wealth they control would still be of concern, but perhaps blunted by the idea of meritocracy. It is however, inarguable that if you are born in the top 20% of society odds are heavily in your favor that you will remain in or near it for generations. 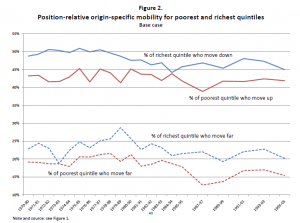 This lack of mobility has a corrosive effect on our society and politics. When the population of the wealthy calcifies as it has again over the last few generations it creates a distorted sense of priorities for the nation. It is the reason that there is so much talk about reforming entitlements and the safety net. It is the reason the oil industry, the most profitable venture known to man save the iPhone, still somehow receives governmental subsidies. The defacto wealth aristocracy makes it virtually impossible to disrupt and innovate incumbent industries.

The problem with the aristocracy is it prevents competition, which is vital to any progress. The Walton children do not necessarily understand the inner workings of business better than anyone else; however their privilege of birth allows them to have a clear advantage over anyone who wants to create a better retail experience. Thankfully this advantage is not absolute but more can and should be done to make sure everyone has to compete for the wealth of this nation. This is an important distinction, advocates of more aggressive wealth re-distribution policies do not simply want to steal from the rich and successful and give to the poor and destitute. They want to spur society and make sure everyone continues to participate in creating a better society. A lot has been said about Romney’s attempts to obfuscate his tax burden, not nearly as much has been made over the fact that Romney amassed 14 million dollars last year without holding a job. Romney made money the old fashion way, by letting other people make him money. While I think it is reasonable to believe he deserves that money due to the risks he may have had to take, but it may be arguable whether he earned that money with the sweat of his brow.

To tackle our inequality we must unmoor the permanency of wealth. This is the fundamental purpose of things such as the much maligned estate tax. It was not as critics attempted to characterize it a tax on death. It was a progressive attempt to ensure continued effort from all members of society. Inflation above the 1-2% aimed for by the Federal Reserve coupled with strong labor wages would also do much to improve mobility and inequality. To be clear, this is not a manifesto to level the playing field so everyone earns the same amount of money, i.e. socialism, nor is it an attempt to prevent people from creating a better life for their offspring. The problem is having 70% of the wealth controlled by 10% of the population limits the capacity of the other 90%. The purpose of government is to encourage the greatest output from its populace. Only this will accomplish what the GOP claim they want; growing the wealth pie.