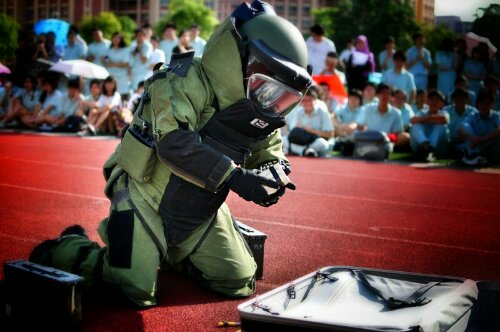 Imagine you’re sick. Imagine that for a while your doctors thought you’d actually die but you managed to plug along and were actually showing signs of getting better. But here is the thing you’ve been sick for years and while you’re getting better you still feel like crap every day. So you call your doctors and tell them you need them to do something because you really don’t want to go on living like this. Now imagine that your doctors don’t agree with each other so they come back and tell you they have two plans to heal you. Plan number one involves breaking your jaw and wiring it shut. Plan two is to remove your entire stomach. When you tell them that both plans sound horrible and more importantly don’t sound like they would do anything to make you less sick they tell you that what they’re really concerned about is your weight and they want you to drop twenty pounds immediately. While you can see that they have a point about the weight thing you worry that starving yourself just as you’re getting better would do very bad things to your recovery. So you plead with your doctors and ask them to focus more on something that really addresses your sickness. So the doctors go back discuss it some more and still can’t agree so they come back again with two more plans. The first plan is to forgo the jaw breaking but still wire your jaw shut. As for the second plan instead of removing your stomach they will just sew it shut at the opening. If this sounds incredibly frustrating then you know how I feel watching these fiscal cliff negotiations. The sad thing is the conversation going on in Washington right now is about half as intelligent as the debate with my fake doctors.

Why the Fiscal Cliff Matters

It is important to lay the ground work for what is actually going on. Back last year during our very very very stupid debt ceiling negotiations last year Congress in their infinite wisdom decided to build a bomb and strap it to our economy. The bomb is dramatic cuts in government spending. This may be elementary for some but in order to have a functioning economy money must be spent. The economy is fiscally agnostic it doesn’t really care who spends the money, but it needs to have spending going on. What the fiscal bomb will do is take a huge chunk of government spending out of the economy and thus make the economy much much weaker. What is important to know is none of this has to happen. The only, and I mean ONLY, reason this might happen is our political process is broken.

It’s Not Just the Republicans

This would normally be the point in a standard Disengage Auto Pilot post where I begin to rant about how irresponsible and dishonest the Republican Party is being. Don’t get me wrong, they’re doing that as evidenced by John Boehner just up and giving up on trying to get his own party on board with his own plan. The problem though as I alluded to in my story is the Democrats are being equally stupid. 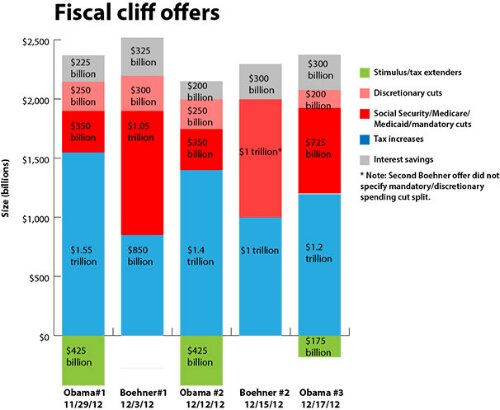 But What About the DEBT!!!

I thought we cleared this up with 40 Years of Tax and Spend the debt has very little to do with our economy in the short and mid-term. Fine, you don’t believe me, let’s go back to those debt ceiling negotiations last year. After congress stopped trying to say it didn’t have to pay for the food it already ate S&P downgraded the U.S. credit rating. At the time this is one of the reasons it gave for the down grade:

More broadly, the downgrade reflects our view that the effectiveness, stability, and predictability of American policymaking and political institutions have weakened at a time of ongoing fiscal and economic challenges to a degree more than we envisioned when we assigned a negative outlook to the rating on April 18, 2011.

In other words we’re downgrading you because you guys are a bunch of idiots that shouldn’t be left around a box of matches.

Look I totally get the debt worries. We do need to come up with a better, more sustainable economy. We’re not going to get there however by taking a hatchet to government spending. We need a logical, methodical strategy to re-orient government programs. This may result in dramatic cuts to programs, but it is also likely to result in a huge amount of re-investment in others. The road to economic stability is not about shrinking or growing the size of government. It is about re-inventing a more responsive and sustainable government that serves the social, economic, and safety needs of modern society. To get there we need to acknowledge, understand, and logically discuss the actual problems we’re facing, instead of pretty much everything we do in government today.

← Our Stupid Gun Debate
The Heartbreak of Windows 8 →