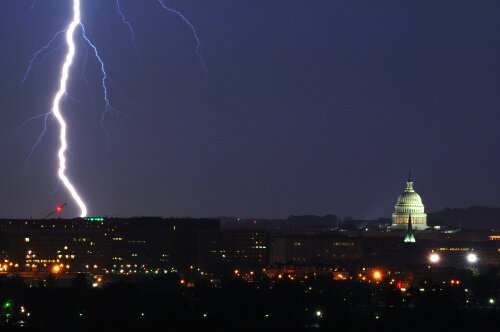 Apparently someone put all the federal government agencies in a pot and put them on a low flame and now suddenly they all started popping with scandals like kernels of corn. Wow that is a great simile, I should stop this post right now because it is probably all downhill from here, but I won’t because something big is going on and we need to talk about it. First off I’ve been trying to write this post for a couple of days now but just when it started to gel in my head more scandals opened up and I wanted to see what was going on before I started yammering nonsensical crap.

The first thing people should notice is that I titled this piece government’s bad week as opposed to Obama’s bad week. There is a reason. I want to avoid the partisan divide. Am I using that as a shield to carry water for the Obama administration? No, because that would be granting him too much power. Between the furor over Benghazi, the scandal at the IRS, the DOJ overreach into the AP, the ongoing issues with the military and sexual harassment, and the unconscionable national shame that is the VA backlog it is clear that the government has a lot of problems big and small. Some of these have implications for president Obama, but others have to deal with the general way we govern. For example the Supreme Court just ruled that Monsanto basically has a monopoly on soybeans. Let me repeat that the government just gave total control of the production of plant to one company. This is not good. The point is, the scandals that are breaking are symptomatic of a larger problem that we have in this country. We have a really hard time fixing big government problems, and that is bigger than the presidency.

The GOP That Cried Wolf

Part of the problem we have a GOP campaign to pin any and every governmental misstep on the president himself. This causes the worst aspects of tribalism, in which it becomes more about coming out the winner of the conflict than actually addressing the actual problem. This is most apparent in the Job crisis. The GOP staked out a claim that the real problem was that Obama wasn’t doing enough about the deficit and that’s why the all the jobs reports were week. Well it just came out that the deficit is shrinking at the fastest it’s ever shrunk since after world war two. The fact that it’s not had a single effect on job growth much less the problem of the jobs that have come back all being lower wage jobs doesn’t really enter the discussion any more. The reason being is now the argument is about deficit reduction instead of about jobs.

The same is true about the Benghazi scandal. The problem is Americans died. We need to see what we can do to prevent that from happening again, but the political argument isn’t about that it’s about whether in the weeks while information was still being gathered did the government say things that weren’t accurate. Let me give you a heads up, they did. Why? were they trying to cover up some vast conspiracy because of the political implication of the attack on the elections, maybe. More likely they had to deliver some really bad news, I mean awful news, and in the early days there was some evidence that the news might have been less awful, and until they confirmed the extent of how awful things were, they went with the less awful story. That’s not a conspiracy that’s human, but because the GOP is trying so hard to make this into a scandal the story has morphed into a strange overarching plan to abdicate the Middle East to violent extremists. I was reading a discussion on Google+ and apparently there is a conspiracy that the reason we didn’t find WMD’s in Iraq is because Saddam sold the weapons to Syria. To recap, Syria, whose closest ally is Iran, bought WMDs from Iraq, despite having the capability, infrastructure, and known stockpiles of WMDs for decades before the Iraq war. This is clearly the ramblings of an idiot, except of course it’s been mainlined into Fox news.

Ultimately the most disturbing and depressing the ongoing issues with the IRS scandal has to be that the government still has no way of quickly adapting to new big problems. What happened at the IRS seems to be more like the VA backlog, than a craven attempt to silence political enemies, though I’ll come back to that front in a second. It appears to me that thanks to the citizens united supreme court case, there was a new surge in applications for tax exempt status. It seems like the IRS took it upon itself to establish a screening process to weed through the applicants to prevent abuse of the system, a goal I would point out they largely failed at achieve given the number of organizations around this election with tax exempt status that were clearly political entities, not the social welfare groups they were meant to be including some of the groups they target in the scandal as they all eventually did receive their tax exempt status. The system the IRS devised while partisan in nature didn’t actually end excluding any organization from tax exempt status in a partisan way. In fact the only organization denied the status was democratic in nature. So one of the main issues is the extra scrutiny was slow. Just like the VA backlog, due to the influx of increased applicants because of our two wars is incredibly slow. We may never be able to have a government that can respond on a dime to a changing landscape of problems, but one thing is certain we need to improve the speed at which the government reacts to ongoing issues. When complaints arise we need a system of address backlogs, and stopgaps.

The traditional method of dealing with these short term—stop gap measures is to hire outside consultants. Most people believe that what consultants bring to the table is their skills and experience to solving problems. While sometimes this might be the case, the real benefit these private consultants bring is the ability to temporarily expand the size of government to solve a new need. The problem is the outside consultants are often just as incapable of quickly addressing these issues, since they largely have to do with deployments of new system on a scale no entity has experience with. I think this will be a major issue in this scandal that will largely go overlooked.
Which brings us back to what will be overanalyzed the partisan nature of the scrutiny. So far the reports have shown no evidence of collusion between the White House and the IRS agents determining the criteria for scrutiny. But one would have to be a fool to believe the IRS wasn’t aware of the political leanings of the White House. While the individuals who decided the criteria may have had political axes to grind, it is also likely that none of them believed they would get in trouble trying to make the party in power happy. That doesn’t excuse it in fact it brings to light a dangerous problem with government agencies. While they are tasked with neutrality they are often under pressure to conform to the political winds of the day either directly or indirectly, and that can result in situations like this ongoing scandal.

It’s important to realize while I spent the start of this piece lambasting the way the GOP is attacking the president on Benghazi, I don’t think it’s wrong for them to attack him on the other ongoing scandals. It is important to have a healthy opposition motivated by political gain to keep the party in power in check. Unfortunately again I feel the GOP is dropping the ball here with their response to the AP scandal. For many on the right the overreach by the Obama Administration is only worth making hay over because it weakens the administration. It is not about the assault on first amendment rights, or the protection of whistleblowers. Most called for the investigation in the first place and would have attacked the administration for not taking national security seriously. The conservative movement desperately needs another William F. Buckley (no George Will you ain’t it) to cull the idiots from its midst so that when legitimate scandals like the AP mess, break someone with credibility can lead the charge to demand answers, but right now they don’t seem up to the task.

← Facebook Home: The Good, The Bad, and the WTF HTC
The Countdown to My Next Phone →