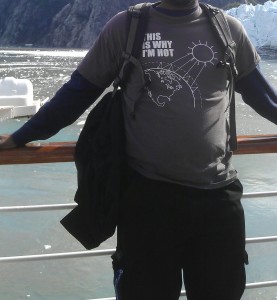 “Take sulfate aerosols, which are created from burning fossil fuels and contribute to atmospheric cooling,”

Now I know science is hard especially chemistry so allow me to put on my Mr wizard cap and explain combustion. Combustion is a chemical reaction involving oxygen and other chemicals. The simplest combustion would involve just oxygen (O2) and hydrogen (H2) and just result in water (H2-O). Most chemical reactions that result in combustion, however, consist of a long molecule chains that consists of hydrogen and carbon, for example:
Methane (C-H4)
Wood (C6-H10-O5) *simplified to cellulose
Coal (C137-H97-O9-N-S)
Now under most circumstances we don’t have simple fuel sources, there is usually other elements like sulfur, and nitrogen along for the ride on the molecule we want to burn like you can see on the coal molecule. Now when you burn these molecules all the elements get involved producing their own byproduct. The hydrogen turns into water, the carbon turns into either carbon dioxide or worse carbon monoxide, and the nitrogen turns into various nitrates, and the sulfur turns into various sulfates. When we talk about climate change we’re actually really worried about the carbon because the carbon is what heats up the planet.
As for the headline grabbing sulfates that “cool the planet” well first off they are in far less significant quantities, second there are a ton more health concerns associated with them(acid rain, asthma etc), and lastly and most importantly to the crux of the NASA paper they have a far more localized effect. You see the paper goes to great lengths to explain that the sulfates basically stay floating over land. The result of which is the models scientist have used, which assumed that the spread was far more uniform, actually-and this is important- UNDERESTIMATES the effect of carbon on our atmosphere.

Ugh, I know this is just another case of somebody being wrong on the Internet, but this is just too dumb. NASA releases a paper that says you know what global warming is worse than we thought and the headlines that show up aren’t just misleading for click bait, they are DAMN LIES. Science is a study to understand the world we inhabit, each discovery deepens our understanding. Journalism is supposed to be a similar pursuit sadly publishers like these betray that noble quest.  I weep for this planet.

← The BDC VS the GOP
The Bitter White Americans →