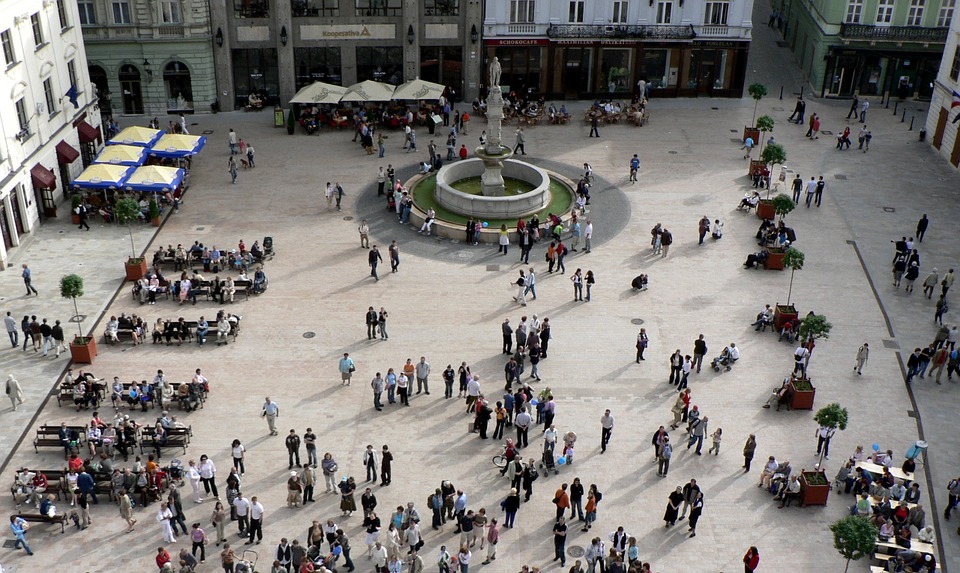 A while back there was a lot of discussion around a pair of essays penned by venture capitalist Paul Graham. The first one is well researched, thoughtful, and raises a compelling hypothesis of what he believes are the unique forces that drove a shrinking of inequality for several generations in America. The second, unfortunately, is less sourced and more of an off the cuff analysis of the current trends leading to the great divergence in inequality we are currently experiencing. Both are worth reading because it is important to understand the perspective of the 1%. Mr. Graham is a very intelligent man who through his efforts and the efforts of the companies he has invested in has created a tremendous amount of wealth over the last few decades. He understandably believes that his work has tremendous value and would not like his path to success diminished or stifled. Although the fact that silicon valley is embroiled in a huge discussion on the effects that the startup phenomenon has had on the residents who have not necessarily taken part in the startup economy, no doubt has shaped his perspective.

“If the rich people in a society got that way by taking wealth from the poor, then you have the degenerate case of economic inequality where the cause of poverty is the same as the cause of wealth. But instances of inequality don’t have to be instances of the degenerate case. If one woodworker makes 5 chairs and another makes none, the second woodworker will have less money, but not because anyone took anything from him.”

You’d be hard pressed to argue against this point, however there is a subtle value judgement made here about the second woodworker. You can find this judgement in more prominent display in an earlier section of the essay:

“Most people who get rich tend to be fairly driven. Whatever their other flaws, laziness is usually not one of them.”

I don’t think he intended this but in a way his argument seems to unconsciously make the case that wealth inequality is due to laziness. We’ve covered the poverty morality tax before and this just seems to be another instance of this. He could have avoided this false narrative by making the comparison in wealth subject to time and ability something along the lines of “if one woodworker has figured out how to make 5 chairs in the time it takes a second woodworker to make 2 chairs, the second woodworker would have less money but not because anyone took anything from him.” This framing more directly acknowledges the differences in ability resulting in variations in income. Regardless though no one making the case for diminishing income inequality is making the case that the two woodworkers should be paid more equally. The argument being made is that over the last 40 years, to continue the analogy, woodworkers are producing 10 chairs in the time it used to take them to produce 2 chairs and while the chair manufacturers profits have increased 400% worker compensation has not increased in any significant way.

Believe me I don’t disagree with Graham on the idea that significant attention should be paid to why the poor stay poor. That said I think it is just as important to question how the wealthy obtained their wealth. How wealth is created is an important and easily controversial question. It is however one every government has to wrestle with because it sets the rules that can shape the economy of the country for generations. Uber is quite possibly the best example of how complex and difficult it is to answer this question. It is no question that Uber has revolutionized customer service for the consumer. they have turned an opaque system with archaic rules for requesting service up on its end. Still they have violated established laws and the rate at which drivers quit the service makes you wonder how well they are compensated. The creators of the service and the early investors clearly added tremendous value to the economy but there are unaccounted costs. We don’t want to prevent people from starting the next Uber, we also shouldn’t have a vested interest in protecting pre-existing markets, however do we as a nation have an obligation for the drivers? To be clear this isn’t John Henry fighting the machine of progress.This is not a outsourceable job, and for the foreseeable future cannot be replaced by robots.  These are workers whose capacity to perform work has increased and their pay has decreased. Do we as a nation want to reward a company whose profitability depends on this? Hold that thought for a moment.

Even if we take Mr. Graham’s premise as 100% true there would still be problems with a society based on the current Start-Up Culture. Investors who make money from start-ups are essentially placing a bet on what they think is valuable. Often times they are wrong. Recently the Security Company “Good Technology” was sold to Blackberry. The acquisition was well below several earlier valuations of the company and so the investors did lose money, however due to a quirk in the compensation packages many employees ended up losing big on this deal as they had to pay taxes on the valuation rather than the sale price and as a result ended up losing money on the options the company offered in lieu of wages. What is important to note is the investors get paid out at a higher rate as their stock is “special” preferred stocks. This preferred stock minimizes the risk to investors which naturally makes them more willing to invest and many start-ups couldn’t exist without it, but this does create a system that has a great imbalance that furthers income inequality. While investors have protections in place that will bring them much closer to being made whole, workers in the start-up world who invest their time and effort are left exposed. There needs to be a proper balance between investor value and employee value. This takes an understanding that while investors are taking an opportunity risk with their money employees are equally taking an opportunity risk with their time.

One of the biggest problems facing the global market is how do you entice a multinational company to locate work in your backyard. Globalization and technology has effectively eliminated the need for local industrialized work. A shirt is a shirt no matter if it’s made in America or Bangladesh and the cost of transporting might become de minimis if the variations in labor are great and trade is open as is the case now. This drives the sale prices to the consumer down which sounds great. Add to this the greater good to society as a whole globalization has been to many impoverished nations that now have real industries. Corporations use this narrative to demonstrate their overall positive impact. There is a powerful counter narrative of exploitation of workers and corruption of weak (democratically speaking) governments but the genie is out of the bottle and it’s very hard to win the last war. Instead there should be a focus on how business works within our borders. There are still plenty of industries that not only benefit from operating within the US but couldn’t really be viable outside of it. The goal would be to encourage responsible business practices that strengthen our economy.

It may sound odd coming from me but here I think would be an excellent case for tax breaks. The problem I have with most tax breaks is they are often political moves that are disconnected from tangible outcomes, other than the nondescript “jobs”, and often the basis pit state against state and result in an interstate race to the bottom. Tax breaks could be based on the percentage of workers locally working full-time and earning above a threshold annual income determined by the legislature and based on the cost of living. Another example could be reductions in taxable income based on training programs that increase the workforce employ ability (so not  job specific training but things like welding certification or industry licensing like electrician, plumbing, engineering, accounting etc.). Tax breaks for developing and maintaining partnerships with local schools for things other than unpaid internships. The idea here is to reward companies that actually improve the community not just because they show up.

The Strength of the Commons

America has one of the most developed markets in the world. It still attracts some of the best and most talented workers and will continue for generations. The consumer base is so vast it supports large chunks of global economy (if our economy gets  a cough the rest of the world gets the flu). Add to this our highly developed infrastructure it is still way easier and more profitable to do business in the US than in most of the world. This is the strength of the commons. Yet with all this leverage we have policies that are couched in fear that companies will not locate here. As a result American workers are feeling the brunt of this weak stance. If you want to address income inequality you have to address the shrinking power of the middle class worker. The first step is to create policies that encourage companies that empower their workforce. The second part is to maintain the best market known to man. We’ll talk about that in part two.